In Defense of Red Flags

No mistake there! ;)
Have a blessed weekend and thanks for reading. Connie on Ko-fi
[4-panel comic strip titled "In Defense of Red Flags." Panel 1 shows a cartoon girl with a bun at a kitchen counter, pouring hot water into a mug of tea. In panel 2, she is the holding the mug, thinking and standing next to a red flag that is about her height, with an equal sign between her and the flag. Caption reads, "I suspect that every single guy I have ever met - sees me as a five-foot-two walking red flag." In panel 3, she starts to walk off-frame. In panel 4, she slows, turns to the reader and says cheerfully, "And they should! Because I am." Comic illustration by Connie Sun, cartoonconnie, 2022.] 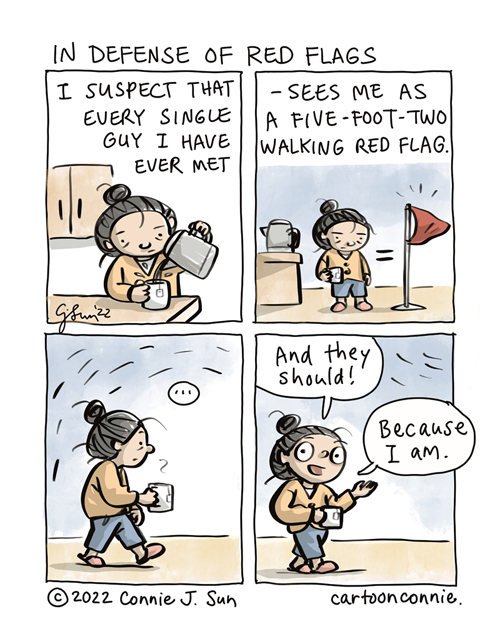