2021 update: Red flags are trending on social media. As a walking red flag myself, I would like to help humanize what it feels like to be one. Be nice, some red flags are in therapy.
--
What I look like to all single men in New York City. I've had this joke floating around in my head for a while.
Thanks for reading and supporting.
[6-panel comic of a short girl with a braid, unwrapping a large red flag, purposefully. Panel 5 reveals what's on the flag, a cartoon image of herself, which she then marches to the therapist's office. Panel 6 shows her on a therapy couch. Speech bubble reads, "Sometimes I wonder if I just look like a walking red flag to all single men in New York City." Comic strip is rendered in black and white, except for the red accent of the flag.] 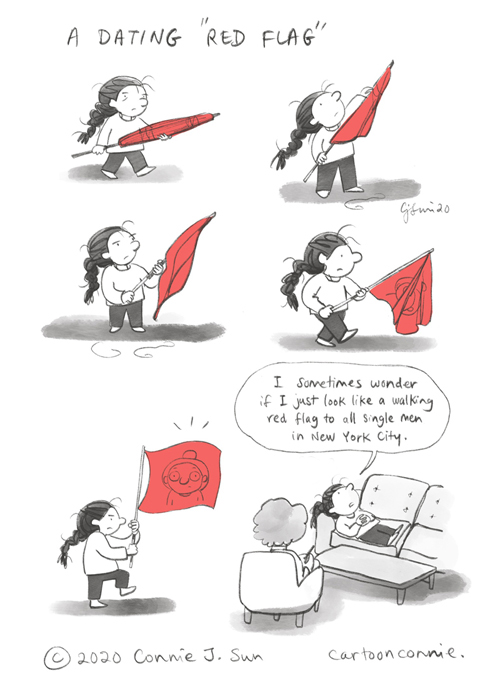 If only I was twenty-five years younger and lived in NYC. C'est la vie.