When Readers Try To Guess What's Wrong With Me 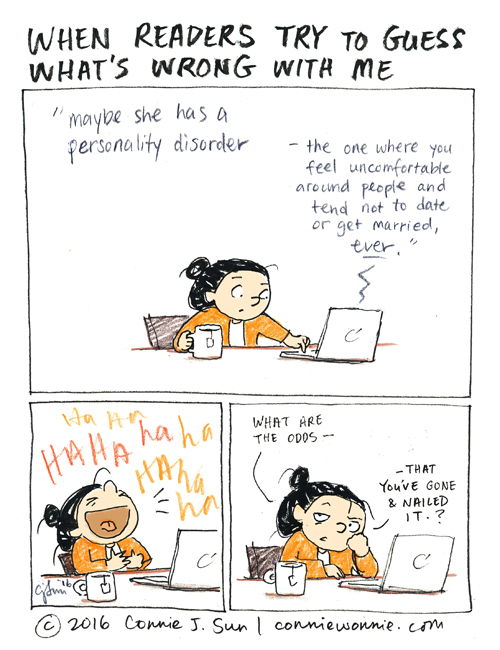 I say you get a second opinion. What would the elephant say? :)

Labelling people from the safe anonymity of a computer keyboard is easy. Just consider the source: a person who obviously can't stand tall without chopping other people's heads off.

Nailed, maybe. But if your "disorder" allows you to make such a brave and fair-minded joke about it, perhaps it should rather be called a "gift"!

I don't think that there is anything "wrong" with you. Not at all. Sometimes circumstances just sweep us up.

I've got that one, it's called social anxiety disorder. But if you had it, you'd be the first to know, not the internet.

Oahn Tran is a spammer.

Anonymous said...
This comment has been removed by a blog administrator.
December 7, 2018 at 8:43 AM