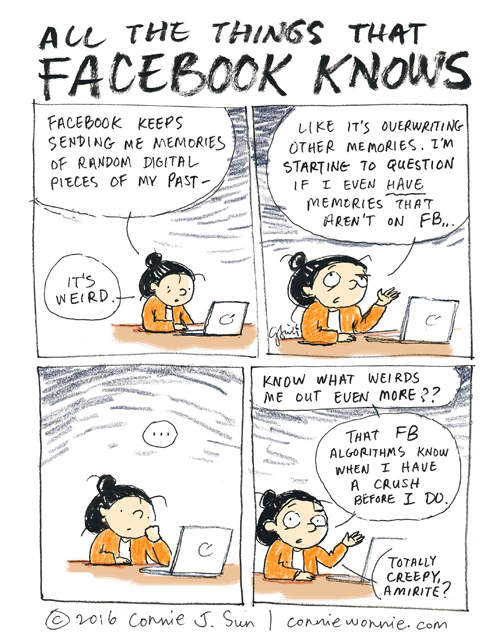 you are totally right! Yikes!

No Face Book or Twitter for me. I belong to GoComics and Goodreads, and there are are times when I am shocked by what people say at this two sites. Why expose yourself to the crap that others have to say about you, let alone allow a site to "know you". I chat with the hair stylist at the unisex shop I go to, and the waitress and manager at the two buffets I go to.My hair stylist doesn't return much to the Dominican Republic because she has grown used to air conditioning. The waitress took time to explain to me what Dragon Fruit was, and came back to see if I liked it. The manager told me that he a Syrian who is Roman Catholic, and that he hasn't heard from his old university room mate who is Muslim for over a year, and he doesn't know why. Who needs Face Book when you have real life?

@CeeJay, I have actually lost touch with "friends" in my city because I don't have Wassap or Twitter or Facebook. What--they can't punch numbers on a phone anymore? They don't remember where I live?